Energized by his recent travels in Bhutan,  Ricardo Mazal returned to his studio with a large bank of photographs.  Digitally abstracting these images to their essence, he composed digital sketches from which he painted.  The result is a cohesive set of paintings enlivened by the colors, movement and textures of Bhutanese prayer flags. 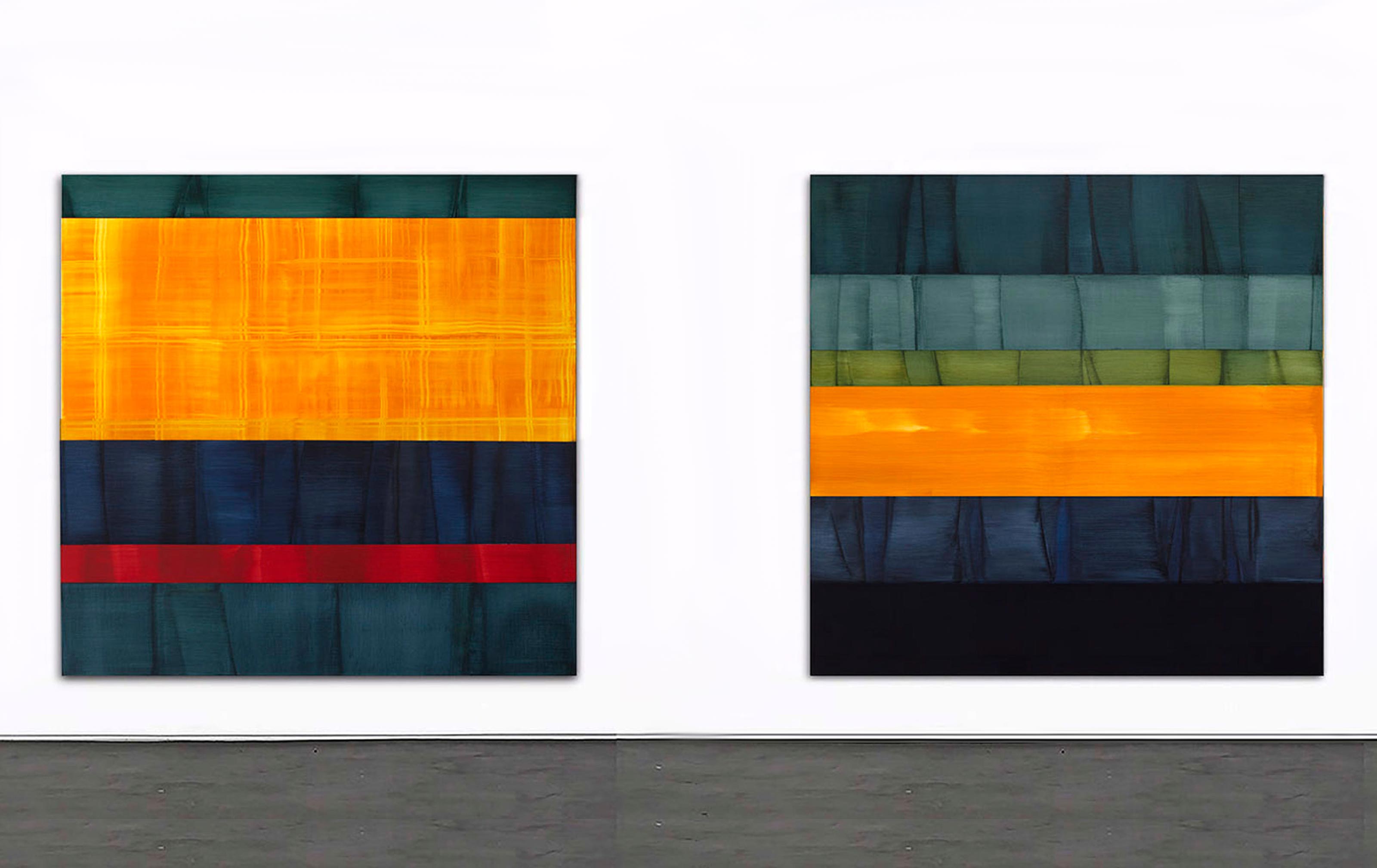